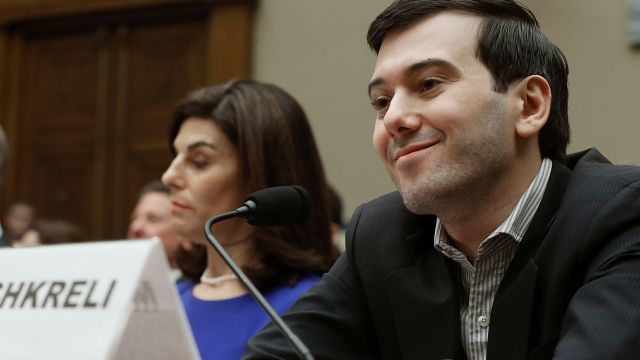 "On the advice of counsel, I invoke my Fifth Amendment privilege against self-incrimination and respectfully decline to answer your question," Shkreli replied.

Shkreli pleaded the Fifth throughout the hearing. But he did answer one question.

"You are welcome to answer questions, and not all of your answers are going to subject you to incrimination. You understand that, don't you?" asked Rep. Trey Gowdy, R-S.C.

"I intend to follow the advice of my counsel, not yours," Shkreli replied.

And shortly after Shkreli was excused from the hearing, he left Congress with a digital parting gift.