Peyton Manning Will Reportedly Retire 'By The End Of This Week' 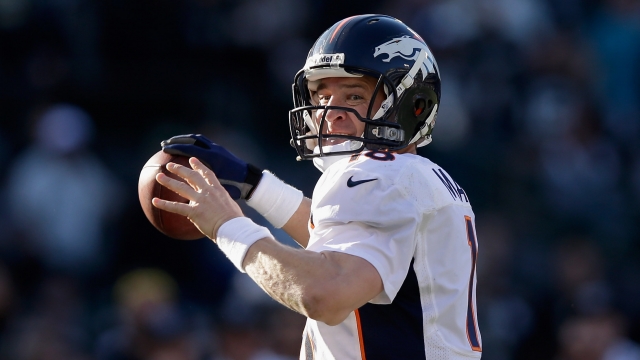 The Denver Post's Woody Paige reports "in all probability" Manning will retire this offseason with an official announcement expected "by the end of this week."

The Post says it's unlikely Manning will retire from the Broncos and sign with another team, so this would seem to be the end of Manning's playing career.

And after the Broncos knocked off the Patriots in the AFC title game, on-field cameras caught Manning telling Pats coach Bill Belichick "this might be my last rodeo."

If the Post's report is true, Manning will exit as the NFL's all-time leader in passing yards, passing touchdowns and total wins as a quarterback.