Petraeus Avoids Prison, But Whistleblowers Not So Lucky 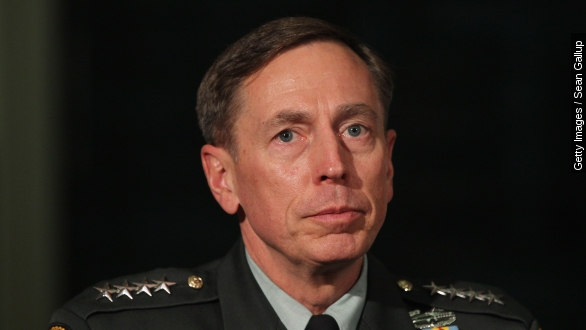 A judge then ruled Petraeus will be fined $100,000 and must serve a two-year probation.

That $100,000 fine is higher than the $40,000 fine that was expected as part of a plea deal Petraeus made in March, but he still avoids prison time, which was also a possibility. The retired four-star general admits he mishandled classified documents, and a judge will spare him a trial and prison sentence. (Video via NATO, Gatestone Institute)

"I now look forward to moving on with the next phase of my life and to continuing to serve our great nation as a private citizen. Thank you very much," said Petraeus.

The sentencing concludes a tumultuous journey for the man who, after leading wars in both Iraq and Afghanistan, then went on to become the director of the CIA. (Video via NATO)

Petraeus' career at the CIA was short-lived. He resigned after one year because of an investigation into his affair with his former biographer, Paula Broadwell.

But for as far as Petraeus has fallen, the descent could've been much more dramatic given how the U.S. government treats those who divulge classified government information. (Video via NATO)

If Petraeus hadn't avoided a trial with his plea deal, some speculated the general would have been tried for violating the Espionage Act.

Chelsea Manning, for example, received a 35-year sentence under the act for leaking documents to WikiLeaks.

And Stephen Kim, a former North Korea expert at the State Department, was recently handed a 13-month prison sentence under the Espionage Act for giving information to Fox News. (Video via The Intercept)

Speaking to Charlotte's WFAE, a law professor at American University said the contrast between Kim's jail time and Petraeus' slap on the wrist appears to be a double standard.

"I think you have real concerns that the statutes being applied in the way where you, you know, you keep your friends close and you send your enemies to jail," says Stephen Vladeck, a professor at the American University Washington College of Law.

Writing for The Daily Beast, Kevin Maurer says Petraeus' treatment for this case may make it more difficult for judges to lay down harsh sentences for leakers in the future.

The judge said the increased fine reflected the seriousness of the crime. Petraeus was expected to pay the fine immediately, but if that's not possible, WBTV in Charlotte reports he will have to pay in monthly $25,000 installments.