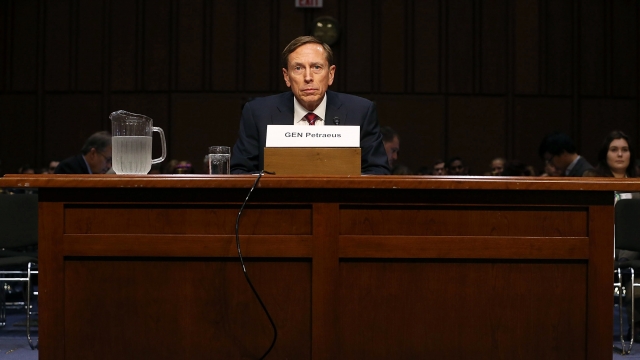 The battle to become the next secretary of state got a new twist when retired Gen. David Petraeus's name was thrown into the mix.

President-elect Donald Trump is building his new administration by walking a fine line between rewarding those who were loyal to him and trying to rebuild his burnt bridges with the establishment GOP.

A Petraeus pick comes with some dirty laundry, though.

Petraeus' government career ended in 2012 after he was discovered having an affair with his biographer, Paula Broadwell. In 2015, Petraeus pleaded guilty to a misdemeanor charge of mishandling classified information, which he'd shared with Broadwell. He was slapped with a $100,000 fine and two years probation.

Before Petraeus entered the picture, prominent Trump critic and establishment GOP icon Mitt Romney had been a leading contender to head the State Department.

That was until infighting broke out within the transition team — again. Trump loyalists argue appointing Romney would anger the base group of voters who put Trump in the White House.

This mini-revolt culminated with Kellyanne Conway making multiple network appearances to express her own distaste for Romney, as well as her perception on how Trump's voters would react.

Trump's consideration of Petraeus might be an attempt to mollify those voters. Trump frequently referenced Petraeus' case on the campaign trail when attacking the FBI's decision not to charge Hillary Clinton for mishandling classified information.