Pepsi Wants To Make The Leap From Soft Drinks To Smartphones 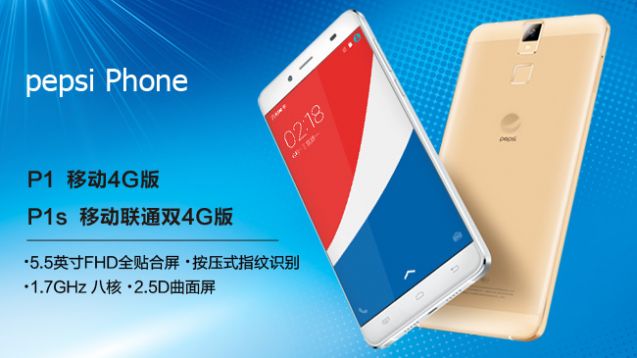 SMS
Pepsi Wants To Make The Leap From Soft Drinks To Smartphones
By Mari Jo Valero
By Mari Jo Valero
November 23, 2015
Will Pepsi enter the smartphone industry? The company is raising money on a Chinese crowdfunding site so it can make the Pepsi Phone P1 and P1s.
SHOW TRANSCRIPT

When you think of Pepsi, you probably think of, well, soda. But for its latest venture, the company is entering the competitive world of ... smartphones?

The Pepsi phone that was rumored (and later confirmed) back in October is getting closer to becoming a reality. Pepsi Co. has launched a crowdfunding campaign via a platform in China in order to manufacture two Android phones: the Pepsi Phone P1 and P1s.

The Pepsi phones will actually be produced by the Shenzhen-based Scooby Communication Equipment company, and they come with some pretty competitive features.

The P1s is 4G LTE-enabled, supports Bluetooth and GPS and includes a 13-megapixel rear camera and a 5-megapixel front camera for selfies. Oh, and did we mention it has a fingerprint scanner? (Video via Shenzhen Scooby Communication Equipment Co.)

Sounds pretty high-tech for a phone that initially only required supporters to pledge $78 on its crowdfunding page. The full price of the device has since jumped to $203.

Although the move might seem strange for a beverage company, it could be a successful venture. Pepsi has pulled ahead of Diet Coke in terms of sales, but Coke remains at the top of the soda market. (Video via Pepsi)

If its crowdfunding goals are met, Shenzhen Scooby Communication Equipment plans to release the Pepsi Phones in China only, at least at first. Say Pepsi please, am I right?