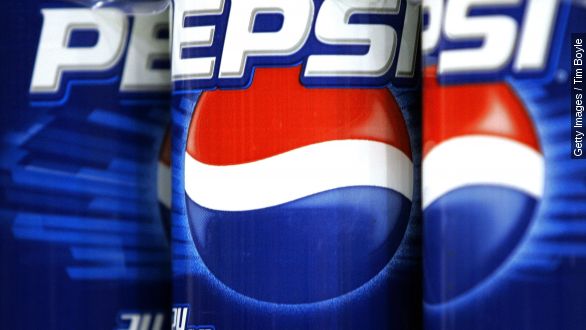 SMS
Pepsi Knocks Out Diet Coke As Second Most Popular Soda In US
By Katherine Biek
By Katherine Biek
March 27, 2015
Data from Beverage Insider shows more Americans are purchasing Pepsi than Diet Coke, making it the second most popular soda in the U.S.
SHOW TRANSCRIPT

There's been a shakeup in the world of soda.

According to Business Insider, data released by Beverage Digest reveals Pepsi has beaten out Diet Coke as the second-biggest soda brand in the U.S. for the year 2014.

Not by a whole lot, though. Pepsi now has an 8.8 percent market share, just slightly edging out Diet Coke's market share of 8.5 percent for that second-place spot.

Beverage Digest's publisher told Ad Age, "There certainly is a subset of consumers who have had a withdrawal of enthusiasm about aspartame, and that is affecting Diet Coke and the other big diet soda brands."

To the shock of no one, Coca-Cola remains in the No. 1 spot with 17.6 percent of the market share.

Sales numbers for 2014 showed a decrease of 0.9 percent compared with the previous year. A writer for Fortune reported the U.S soda industry has actually decreased in volume by 1.4 billion cases since 2004.

Over the past several years, researchers have conducted numerous studies about the unhealthy effects of drinking soda, like gaining extra belly fat and increasing the risk for developing diabetes and heart disease.

Bottled water could soon overtake soda, though. Experts from the Beverage Marketing Corporation predict bottled water will become the No. 1 "packaged beverage sold in the United States" by the year 2016.