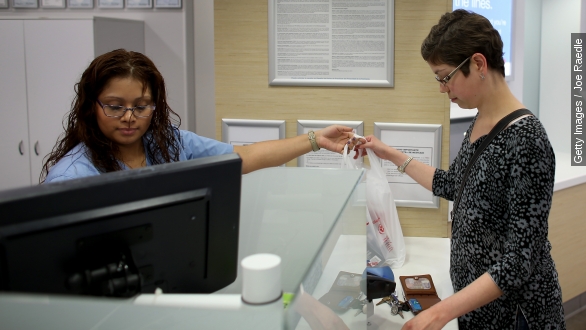 Spending on medicine reached a new high in the U.S. in 2014, as Americans spent nearly $374 billion on prescription drugs.

That's according to a new report released by the IMS Institute for Healthcare Informatics Tuesday, which found 2014's spending rose 13 percent compared with the year before.

Signed into law in 2010, 2014 was the first year the Affordable Care Act required Americans to either buy health insurance or pay a penalty, making it so many more were covered compared with previous years. (Video via The White House)

The New York Times says states that expanded Medicaid under that law saw a 25.4 percent rise in prescriptions from 2013. Whereas there was only a 2.8 percent increase in states that didn't expand the program.

But other outlets stressed the increase in healthcare coverage didn't contribute much to this new level of spending.

Instead, the Los Angeles Times focused on IMS Health's discovery that more than $11 billion in spending went toward the new hepatitis C drug Sovaldi, which costs more than $80,000 for a 12-week treatment.

Quoted by the Los Angeles Times, the director of research development for IMS Health said he and his colleagues believe 2014 was "a bit of a one-off" and don't expect people will spend as much on medicine in the coming years.