People In The 1820s Were Twerking Long Before Miley Cyrus 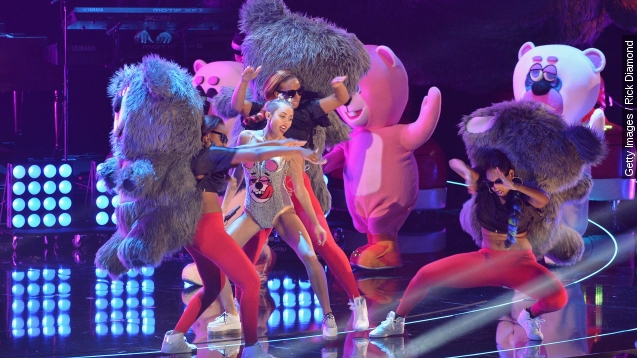 SMS
People In The 1820s Were Twerking Long Before Miley Cyrus
By Katherine Biek
By Katherine Biek
June 25, 2015
Oxford English Dictionary discovered the term "twerk" was first used in 1820, long before it related to Miley Cyrus' style of provocative dancing.
SHOW TRANSCRIPT

Even though Miley Cyrus may have made the word "twerk" mainstream after her performance at the MTV Video Music Awards in 2013, she's definitely not the creator of the word.

Oxford English Dictionary, which just added the word, says "twerk" actually dates all the way back to the year 1820.

But this doesn't mean ladies and gents were getting down low, like Beyonce, all those years ago. (Video via Columbia Records / Beyonce)

According to the dictionary, back in the 1800s, the word was spelled with an "i" instead of an "e" and it meant "a twitching, twisting, or jerking motion."

The Washington Post reports the first instance found of the word was in a letter written to Mary Shelley, the author of "Frankenstein," by her stepbrother.

Today's more commonly known definition didn't quite come into existence until the 1990s, the dictionary says.

Now, the Oxford English Dictionary is kind of late to the party when it comes to adding the word "twerk" to its collection.

Dictionary.com and Oxford Dictionaries, which is not the same as Oxford English Dictionary, both added the term in 2013.

Oxford English Dictionary also added the words "retweet," "go fish" and "yarn bombing." 2015 — what a time to be alive.