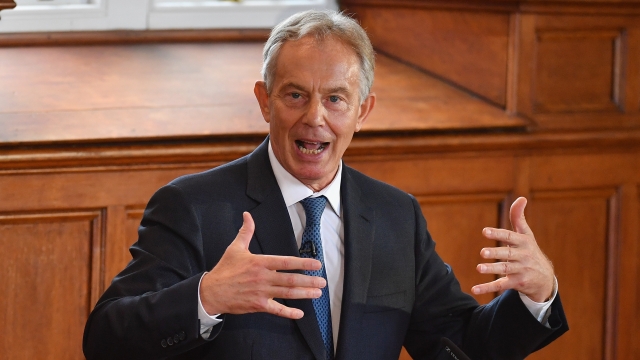 Former British Prime Minister Tony Blair will likely avoid a trial for war crimes related to the Iraq War, but his legal issues stemming from his time in office are far from over.

The International Criminal Court said it will read through the Chilcot report when it's released this week. The document will shed light on torture and abuse allegations against British soldiers during the Iraq War. But the court already declined to consider any charges against Blair.

Individual troops on the other hand could face charges, depending on what the report has to say — a fact many see as a double standard.

Roger Bacon, whose son was killed in Iraq in 2005 said, "These soldiers have gone out to do their best for us, and here they are being hounded, and yet the guy who took them there is not being looked at. That is completely wrong and disgusting."

SEE MORE: "British Politics Are In Omnishambles After Brexit"

Critics say Blair's administration deceived the country about weapons of mass destruction in Iraq and that should be enough to bring charges. England's national prosecution service considered cases against Blair twice but never moved ahead with them.

Those critics are still looking to see him punished. Families of fallen soldiers could pursue legal action if it's determined Blair misused his office.

The biggest blowback could come from within the government. Some members of Parliament are reportedly looking to impeach Blair with a law that hasn't been used since 1806.

Under that law, if a majority of Parliament members vote to convict, Blair could be barred from holding public office and even sent to prison, though that's not likely since many in Parliament said the trial would be symbolic.

This is all speculation for now. Most of the fallout is expected once the Chilcot report is released Wednesday, July 6. Blair declined to comment on the report until then.

This video includes images from Getty Images and clips from MSNBC, BBC and U.K. Parliament.