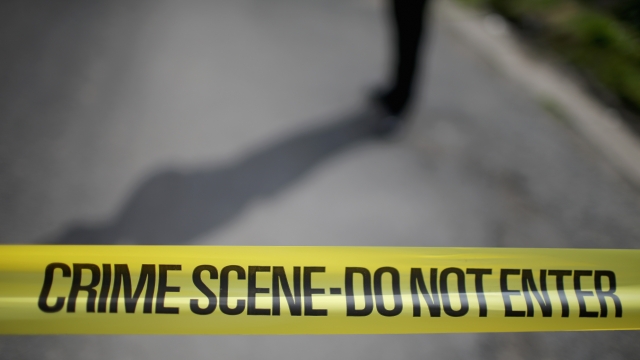 Authorities say a murder-suicide left five members of a Pennsylvania family dead in their home on Saturday afternoon.

The victims have been identified as Mark and Megan Short and their three children. Officials say all died of gunshot wounds in their home, roughly 5 miles outside of the city of Reading.

As of Sunday morning, authorities hadn't said who fired the shots or given any details about what might have led to the shooting. They did mention that there had been "domestic issues" in the family before.

Neighbors described their shock at the news, with one telling the Reading Eagle he "never would've suspected there were any issues."

One of the children had survived a heart transplant at just 1 week old. Her story had been highlighted in 2014 by a local paper, and her challenges in getting necessary medications was covered last year by The New York Times.

In April, Megan Short wrote a blog post detailing her experiences with post-traumatic stress in the hope that it would help other parents caring for children with chronic medical issues.

This video includes clips from WFMZ, KWY-TV and WCAU.