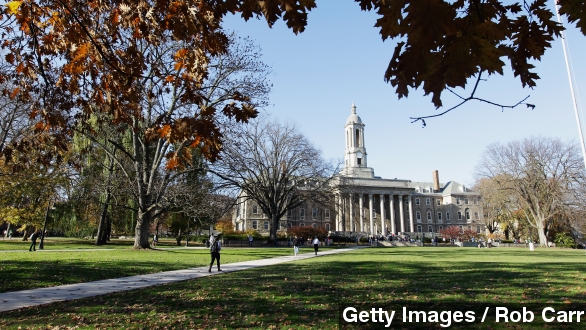 "It appears they were passed out or sleeping," Lt. Keith Robb of the State College Police said.

"According to police, the private Facebook page had nearly 150 members," a WPXI reporter said.

WJAC obtained the search warrant and found the first Facebook page, called "Covert Business Transactions," was shut down, but a second page was made, simply called "2.0." The outlet says fraternity members could face misdemeanor charges.

A writer for Jezebel says, "Just a gentle reminder here not to put your criminal activity on Facebook, unless you'd like it to serve as a testament to your absolute and shattering idiocy."

This all, of course, comes on the heels of another high-profile suspension of the University of Oklahoma's Sigma Alpha Epsilon fraternity for singing a racist chant.