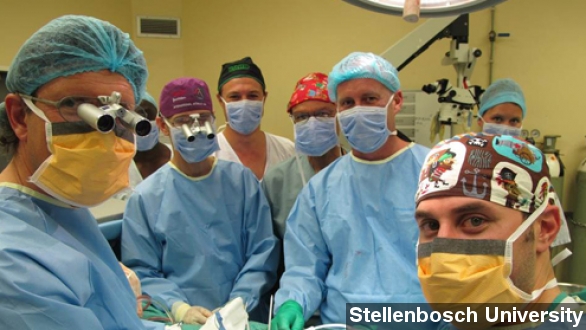 The world's first successful penis transplant has been reported.

Doctors performed the operation in Cape Town, South Africa, in December of last year. Doctors say the 21-year-old recipient's body has accepted the organ and it is functioning as expected.

A penis transplant has been attempted before in China. However, that man's body rejected the organ.

This patient in South Africa does not yet have full sensation in the transplanted penis but is reportedly happy with the operation.

The doctors involved consider the operation a success, but the broader medical significance is still in debate.

That's because as a writer at Forbes explains, it could take years for a body to fully accept or reject such a transplant.

The donor must also be the right fit for the patient because of the psychological impact of reattaching a sexual organ.

There were some ethical concerns for the operation. It wasn't a life-saving procedure, and there could be psychological damage if the body doesn't accept the transplant.

The man had lost his penis during a botched circumcision at the age of 18. The procedure is part of a rite-of-passage ceremony in some parts of South Africa.

One of the surgeons who performed the operation told the BBC, "You may say it doesn't save their life, but any of these young men when they have penile amputations are ostracized, stigmatized and take their own life."

It's estimated as many as 250 penis amputations occur in South Africa each year due to botched circumcisions.