This Flu Season, Shots Are The Only Recommended Option 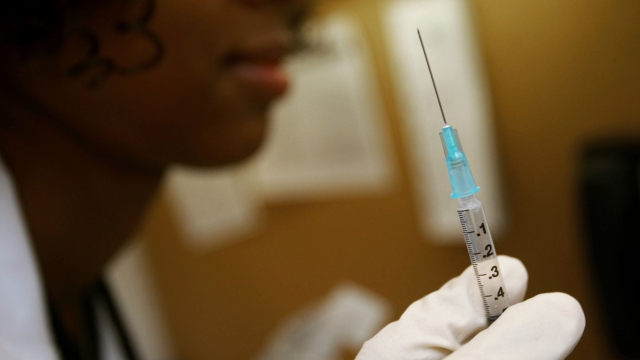 SMS
This Flu Season, Shots Are The Only Recommended Option
By Ryan Biek
By Ryan Biek
September 7, 2016
The Centers for Disease Control and Prevention found that a popular nasal spray vaccine was only 3 percent effective in kids 2 years old and up.
SHOW TRANSCRIPT

The American Academy of Pediatrics says you should avoid the only flu vaccine this year that doesn't require a needle.

The Centers for Disease Control and Prevention investigated FluMist during the summer and found the nasal spray was only 3 percent effective in children 2 years old and up during the last flu season.

SEE MORE: When HPV Vaccine Has Option To Opt Out, Parents More Likely To Opt In

Flu shots aren't 100 percent effective, but the CDC found they protected two-thirds of the children during the same period.

AstraZeneca, the maker of FluMist, tried to appeal to the CDC and cited several international studies that showed its drug was as effective.

But the recommendations the CDC's investigative committee makes usually direct what vaccines are available in the U.S., and NBC reports that clinics have been quick to cancel FluMist orders since the CDC's finding.

The American Academy of Pediatrics recommends all children older than 6 months get vaccinated each season.

Unfortunately for kids scared of needles, the flu shot is the only recommended option this time around.