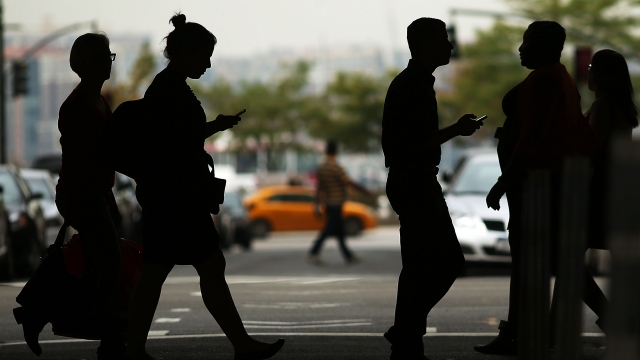 If self-driving cars ever become the norm, you'll still have plenty to keep track of on your commute: where you are in your book, how much coffee you've got left and whether pedestrians are playing chicken with your car again.

This is Adam Millard-Ball, a researcher at University of California, Santa Cruz. He predicts that when autonomous vehicles take over the streets, we'll have to deal with more people stepping into the road without warning. That's because self-driving vehicles are programmed to be extra cautious, and pedestrians could exploit that.

Millard-Ball used a game theory model to explain how humans decide when to step into the street. Basically, it's a risk-versus-reward thing based on how likely oncoming traffic will stop. Autonomous vehicles will always at least try to stop, unlike human drivers who could be distracted, so the model predicts more people will step into the street.

Picture your entire commute becoming like a drive across a university campus at 9 a.m.

Even animals might start to take advantage; some are already used to vehicles. Imagine if none of them got hit anymore.

All this adds up to a pain in the neck for passengers in these cars who'll have to deal with getting brake checked while they're trying to finish a chapter or take a nap.

There may not be an easy fix. We don't know yet how to program computers to make the same fluid judgment calls as humans. We might run into a weird scenario where driving the autonomous car yourself is the faster way to get around.