'Peanuts' Film Shows Why Reboots Should Remember Their Roots 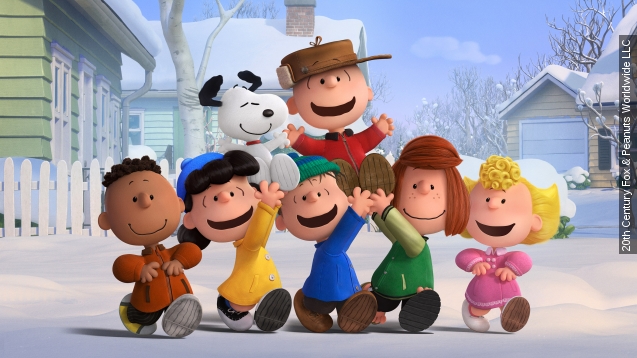 SMS
'Peanuts' Film Shows Why Reboots Should Remember Their Roots
By Lexie Hammesfahr
By Lexie Hammesfahr
June 17, 2015
A trailer of "The Peanuts Movie" seems to mirror the style of the original show and comic strip, but other animated reboots haven't been so lucky.
SHOW TRANSCRIPT

It is truly a Charlie Brown Christmas — in June. Fox released the first full trailer for the "The Peanuts Movie" Tuesday, putting Charlie Brown fans' fears to rest.

The first look at the movie, starring the iconic comic strip character, largely resembles the original cartoons. The only difference seems to be that the animation technology is updated.

And with over 18,000 comic strips over the course of a 50-year career, cartoonist Charles M. Schulz gave the producers a lot of source material to work with.

When the film's director, Steve Martino, spoke at France's Annecy International Animated Film Festival, he described the process of developing a new animation technique that would adapt the "hand-drawn 'soft wiggle' pen line" of Schulz's comic strips to a 3-D version, according to Variety.

Even characters' voices were taken into consideration. In fact, you won't be seeing big names lending their voices to the film because kids voiced the characters.

"Step one: Forget everything you ever knew about yourself," Charlie Brown said.

And we can't forget about Snoopy, who will be voiced using vintage recordings of "Peanuts" TV specials directed by Bill Melendez.

This dedication to the original artwork of "Peanuts" seems to be a refreshing departure from reboots of other classic cartoons, like "Scooby-Doo."

When the 1969 beloved classic Hanna-Barbera series "Scooby-Doo, Where Are You!," was rebooted in 2010, it wasn’t to the same tune as the original.

And we mean that literally. Not only did they revamp the theme song, the entire opening is unrecognizable.

Similarly, when Disney gave Mickey Mouse and friends a show in 2006, it was set in a magic "smart house," with characters that, while they resembled the older versions of themselves, were clearly animated with the best technology, therefore losing the vintage look.

Maybe "The Peanuts Movie" mirrors Schulz's renditions because his son and grandson are producers. But it's the close attention to detail that will likely set this reboot apart from other classic animation film remakes.

This video includes an image from Getty Images and music by Brenticus / CC BY 3.0.