Paula Patton Talks For First Time About Split From Thicke 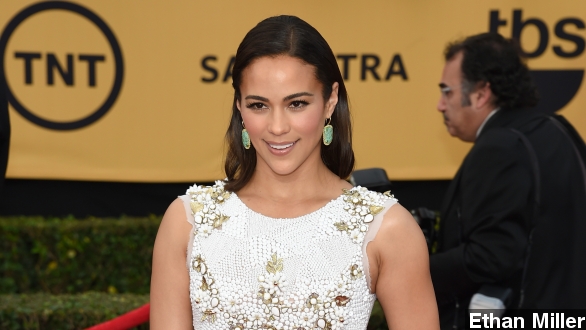 Actress Paula Patton is talking for the first time about her split from singer Robin Thicke.

"It has been challenging. It's been a year of growth, lots of healing ... You have to just be thankful for what you have right now. ... My son also helps me with that. ... You can't wallow in sadness or stay in bed when you have a child and they're so full of life."

Patton was on "Good Morning America" as the new face of Ellen Tracy clothing. She and Thicke separated over a year ago — in February 2014. They had been together since they were teenagers and married since 2005. The separation came amid rumors Thicke had been unfaithful. While Patton stayed quiet, Thicke very publicly tried to win her back, even releasing an album called "Paula" in July. The album flopped. (Video via Star Trak / Interscope / Robin Thicke)

Patton filed for divorce in October, asking for joint custody of their young son.

Patton didn't take on any new projects in 2014 — her last movie was "About Last Night," which was released around the time of her split from Thicke. She now seems to be focusing on her career.