Paul Ryan Will Run For Speaker ... Under A Few Conditions 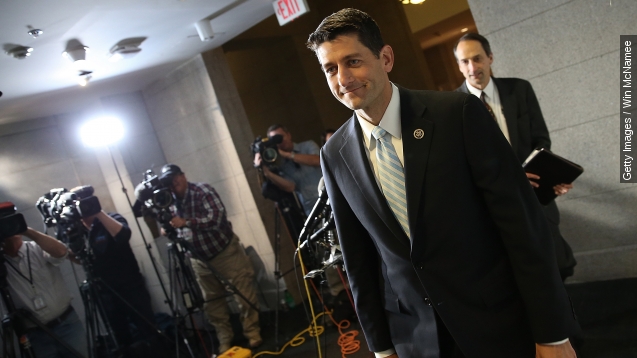 Rep. Paul Ryan says he'll run for speaker of the House ... but he has some conditions:

"Second, we need to update our House rules so that everyone can be a more effective representative."

"Third, we as a conference should unify now and not after a divisive speaker election."

"I cannot and I will not give up my family time." (Video via CNN)

The announcement ends weeks of speculation about who could replace outgoing Speaker of the House John Boehner.