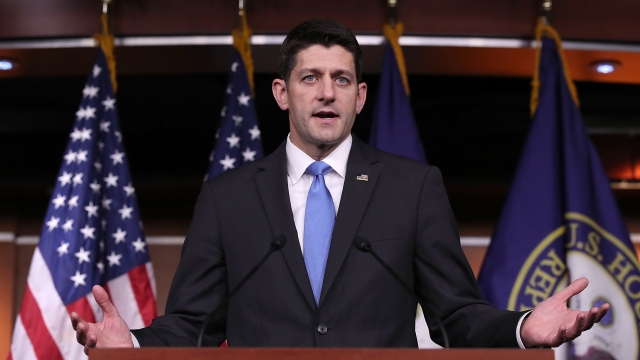 House Speaker Paul Ryan is the latest to call Donald Trump out for his rhetoric against a federal judge, just one day after Ryan endorsed him.

Ryan told WISN in Milwaukee, "Look, the comment about the judge the other day just was out of left field for my mind. ... I completely disagree with the thinking behind that."

Trump told The Wall Street Journal the judge in the lawsuit against him over Trump University has "an absolute conflict" of interest because of his "Mexican heritage."

Those comments have brought Trump criticism from both sides of the political spectrum.

"Based on his ethnicity, suggesting he has an inherent conflict of interest because of his heritage. 'A Hispanic cannot judge a case against me.' That is what he Trump is saying," Megyn Kelly said.

Besides the issue of racial discrimination, many legal experts told many major news outlets, like The Wall Street Journal, that the comments from a major party presidential nominee were also "an unusual affront on an independent judiciary."

On Thursday, Ryan ended his monthslong holdout on endorsing anyone and said on Twitter he'd vote for Trump.

On Thursday, Ryan tweeted: "I'll be voting for @realDonaldTrump this fall. I'm confident he will help turn the House GOP's agenda into laws."

In the radio interview, Ryan seemed optimistic that House Republicans could control Trump, saying, "We believe we in the House can add a keel and a rudder to this ship, and give it substance and give it direction."

This video includes clips from Fox News, Speaker of the House Paul Ryan and Donald J. Trump for President and images from Getty Images.