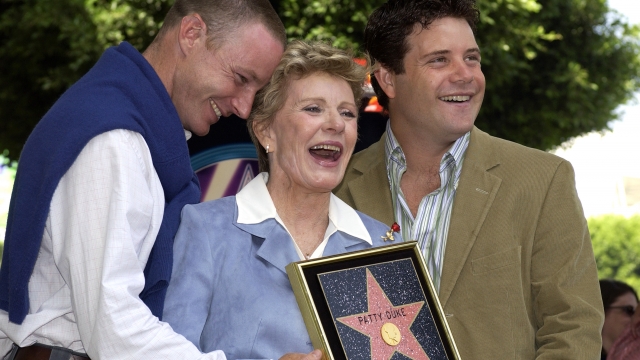 Duke, who was born Anna Pearce, was probably best known for her role as Helen Keller in the 1962 film "The Miracle Worker." That role landed Duke an Academy Award for best supporting actress. She was only 16 years old at the time and is still one of the youngest people to ever win an Oscar.

Duke went on to star in the '60s sitcom "The Patty Duke Show."

Duke later became a mental health advocate. She revealed in her 1987 autobiography she was diagnosed with bipolar disorder, and she spoke about it often after that.

"The manifestations started to show themselves — the mood swings, the irritability — in my early 20s. I resisted. I was adamant there was nothing wrong with me — everybody else was crazy," Duke said.

Duke's career spanned almost 60 years, and she worked in entertainment until her death. She recently appeared in the Disney show "Liv and Maddie."

Duke and her husband, Mike, recently celebrated their 30th wedding anniversary March 15. She tweeted they were "having a very happy and quiet day. Love and hugs to all."

She is survived by her husband, three children and grandchildren.