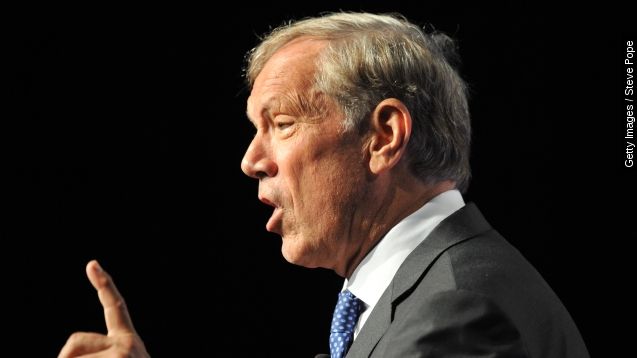 SMS
Pataki Leaves GOP Race: 'I'm Confident We Can Elect The Right Person'
By Grant Suneson
By Grant Suneson
December 29, 2015
Former New York Governor George Pataki is calling off his bid for the White House after failing to capture much support in the polls.
SHOW TRANSCRIPT

Former New York Gov. George Pataki has dropped out of the race for the Republican nomination for president.

Pataki said in his remarks, "I'm confident we can elect the right person, someone who will bring us together, and who understands that politicians, including the president, must be the people's servant and not their master."

To say Pataki struggled in the polls is an understatement. Real Clear Politics had him polling at less than 1 percent.

His low poll numbers relegated Pataki to the undercard debates, preventing him from reaching larger audiences.

Trump is still dominating the field at more than 35 percent, while Rick Santorum is now left at the bottom, also with less than 1 percent.