Pasta Pinch? Prices Could Go Up In The U.S. 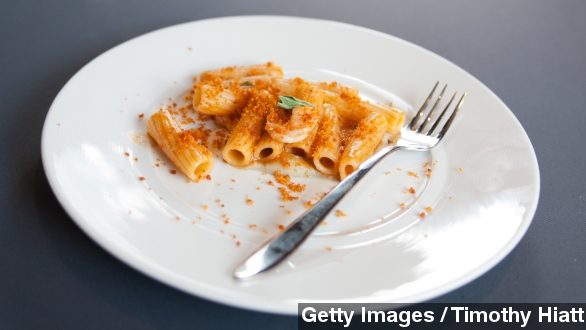 SMS
Pasta Pinch? Prices Could Go Up In The U.S.
By Lauren Zima
By Lauren Zima
November 7, 2014
After a rough wheat harvest in Canada, prices of pasta flour are up, and pasta lovers could feel the pinch.
SHOW TRANSCRIPT

Mamma mia! Pasta prices could be going up!

The U.S., Canada and Europe could all feel a pasta pinch after bad weather in Canada this year.

A snowstorm in September ...

"It's crazy! This is ridiculous!"

And Canada is the biggest producer of durum wheat in the world.

CTV NEWS: "There's not enough supply. There's too much demand, so prices go up. So they've actually doubled this year. That means your macaroni and spaghetti in the states has gone up about 7.9 percent."

The Toronto Star spoke to one pasta wholesaler who talked about the prices of semolina flour.

Another pasta-maker estimated his company's costs are up 30 percent.

And when those costs go up, costs likely go up for customers too. The average person could feel the price change at grocery stores and in restaurants.

This video includes images from Getty Images and Christian Cable / CC BY 2.0.