Past Stances On Immigration Come Back To Haunt Clinton And Sanders 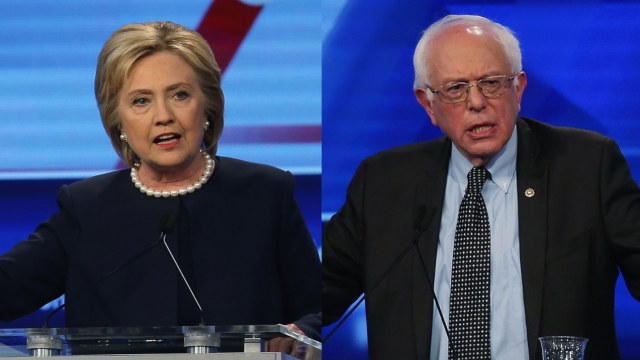 Both Bernie Sanders and Hillary Clinton had to battle with past immigration stances. Sanders went first.

"So senator, were you concerned with working conditions for guest workers or really because you think immigrants drive down wages and take jobs from Americans?" a moderator asked Sanders.

Sanders then hit Clinton on her opposition to driver's licenses for undocumented immigrants.

"... Provide driver's licenses to those who are undocumented. She said don't do it, and New York state still does not do it," Sanders said.

That same issue popped up in her first race for president.

"I did not say it should be done, but I certainly recognize why Gov. Spitzer is trying to do it," Clinton said during an MSNBC debate.

"I was confused on Sen. Clinton's answer. I can't tell if she's for it or against it," then-Senator Obama responded.

But her campaign says she supports it now.