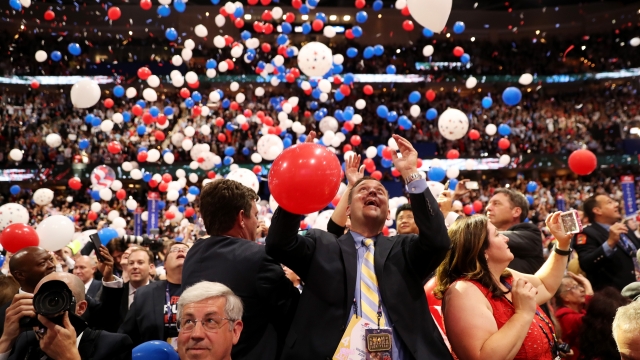 The first poll after the Democratic National Convention shows Hillary Clinton leading. But that might have to do more with proximity to her party's convention than anything else.

Donald Trump's numbers got a boost, too, when the Republican National Convention wrapped up.

That's because of something called the convention bounce.

Basically, a party convention offers a lot of media attention and publicity — all on a certain candidate.

The average voter, on either side, might not be keeping up with campaigns until the conventions come.

So, after conventions, candidates numbers increase. Of course, not every candidate has gotten a bounce.

In the 2000 race, Al Gore struggled to beat George W. Bush in the polls until the Democratic convention rolled around.

And Mitt Romney saw a boost in the polls after the 2012 GOP convention, but his numbers fell again following the DNC.

So although Clinton might be leading some polls now, polls during convention season aren't the most telling of the big picture.