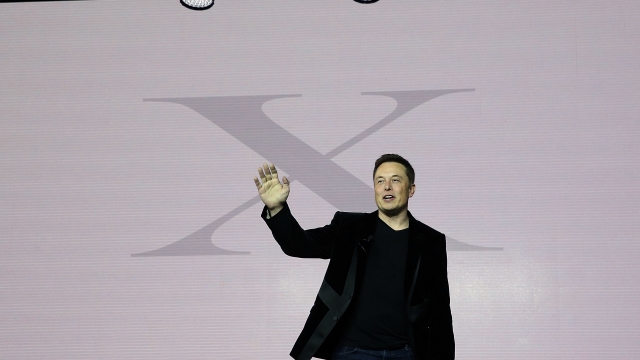 SMS
Part 2 Of Tesla's 'Master Plan' Includes A Car That Drives Itself
By Lindsey Pulse
By Lindsey Pulse
July 21, 2016
The plan lays out goals to create a variety of new models, including heavy-duty trucks and more models of energy-efficient cars.
SHOW TRANSCRIPT

Luxury automaker Tesla has just released the second part of its "master plan" — and the competition might want to watch out.

The plan lays out goals to create a variety of new models, including heavy-duty trucks and more models of energy-efficient cars.

Part one of the plan, released in 2006, laid the groundwork for expediting the "the move from a mine-and-burn hydrocarbon economy towards a solar electric economy."

Now, the energy-conscious company will combine efforts with SolarCity to create a "solar-roof-with-battery product," something Musk believes is integral for the move to sustainable energy.

The company also wants to create a car that can completely drive itself — but Tesla fans might not want to hold their breath for that. Approval for a self-driving car requires at least 6 billion miles of on-road testing.

Tesla plans to unveil the new models for trucks and high-passenger transport vehicles sometime next year.

This video includes clips from Tesla and Getty Images.