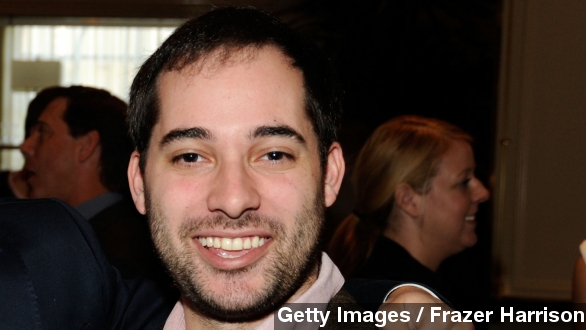 SMS
'Parks And Rec' Producer Harris Wittels Found Dead At 30
By Matt Picht
By Matt Picht
February 19, 2015
Harris Wittels, a writer and comedian best known for his work on NBC's "Parks and Recreation," has passed away at the age of 30.
SHOW TRANSCRIPT

Harris Wittels, an executive producer and writer for the NBC show "Parks and Recreation," was found dead in his home Thursday.

According to an LAPD spokesperson, Wittels' body was discovered by his assistant. Police are treating his death as an accidental drug overdose — he had struggled with addiction in the past. (Video via YouTube / Earwolf)

Wittels worked on "Parks and Recreation" since its debut in 2011. He also played a minor role in the show, which is now in its final season.

In addition to producing "Parks and Rec," Wittels worked as a stand-up comedian, and wrote for both "The Sarah Silverman Program" and "Eastbound and Down." He also operated the wildly popular @Humblebrag Twitter account, which he eventually spun into a book deal.

Tributes from Wittels' fellow writers and comedians began appearing on Twitter soon after the news broke. Wittels was 30 years old.