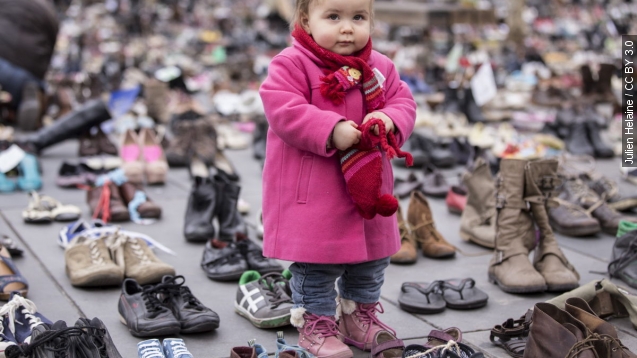 By Samantha Crook
November 29, 2015
Parisians filled a public square with shoes and urged world leaders to take action on climate change at the U.N.'s environmental conference in Paris.
SHOW TRANSCRIPT

A march was originally planned to urge world leaders to act on climate change.

But after the Paris attacks, it was canceled amid security concerns.

The installation has some big-name backers, including Pope Francis and U.N. Secretary General Ban Ki-moon.

The group behind the action says this year's summit could help end dependence on fossil fuels.

"They have a chance to come up with a grand bargain, a global deal that allows us to actually save the planet from catastrophic climate change, to kickstart that action," the deputy director of Avaaz told BBC.

Thousands of rallies were planned worldwide to call for global action on climate change as world leaders arrived in Paris.