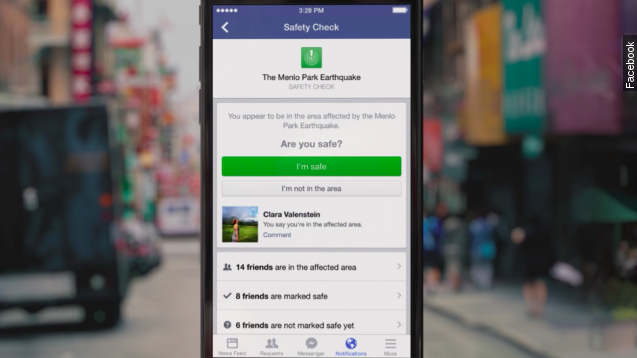 One of the original uses of Facebook, and something it's still good for, is simply checking in on friends and family. That gets especially important when you think someone might be in danger.

The Safety Check feature asks users in areas affected by, say, an earthquake or a shooting to confirm they're OK by answering a message the site shoots out to them.

Facebook rolled it out in 2014, but Friday's attacks in Paris put the safety check on its biggest stage yet.

"It was a good idea and for all my family, my friends who asked me if I was well. It was a good thing because it could send a message that I was safe and there was no problem about me," one Facebook user said.

We don't know exactly how many people used it, but everyone we asked who lives in the district targeted by the attacks said they did and all their friends did.

"I thought at first it was a bit lame and was more something to show off, but then I saw everyone doing it. So I thought, 'OK why not? It must be something important.' So I did it myself, and I think it's quite a good gesture," another user said.

Now, there were some questions as to why Facebook didn't offer this feature in other recent attacks — like in Beirut, for example.

Mark Zuckerberg says that's because the Paris attacks Friday set a new precedent for the safety check. Previously it was only deployed after natural disasters, like hurricanes. The Facebook founder says now it will be used for human disasters, too.