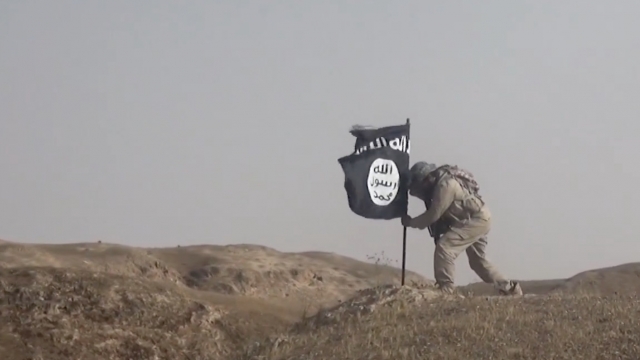 SMS
Paris Attackers' Names Were Found In Alleged ISIS Document Leak
By Bell Johnson
By Bell Johnson
March 12, 2016
There are three names from the Paris attacks in alleged leaked ISIS documents, but some are skeptical about the files' authenticity.
SHOW TRANSCRIPT

News outlets have confirmed three names from the Paris attacks in leaked ISIS documents, but doubts still remain about the documents' authenticity.

German media first reported the leak, and then Sky News confirmed it also had similar documents, which are believed to be recruitment forms from a few years ago.

Since the release, intelligence agencies have been cross-referencing phone numbers and family members with the details found in the documents, leading authorities to believe they could help with "speedier, clearer investigations."

Yet some experts have pointed out unusual symbols and stamps in the digital files, leading them to believe they could be forged.

Journalist and jihadism analyst Wassim Nasr said some of the details in the documents could be true but that the unusual layout could mean they're fabricated so others would buy them.

Nasr said: "Maybe there is more information in these documents, but they were put this way or to make them more to attract people to buy them, if I may say so. So we have to really look into details knowing that the frame doesn't match and the stamp don't match."

Despite the doubts, the documents have given intelligence agencies and experts more clues on how ISIS bureaucracy might work.

This video includes a clip from France 24.