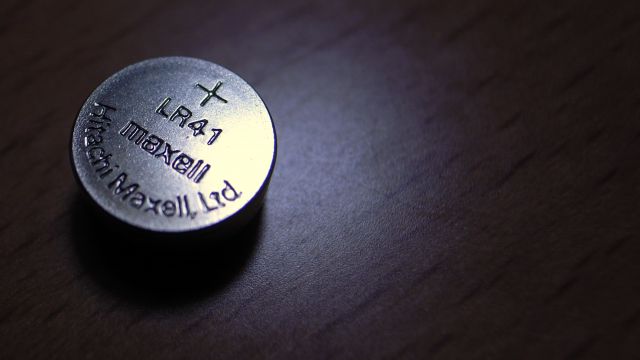 Button batteries are used in many consumer products, but awareness of their dangers isn't as widespread. If a child swallows one of these tiny batteries, it can be fatal.

Parents from around the world have shared horror stories after their toddlers accidentally swallowed a button battery.

This is 2-year-old Sophie Skill. She ingested a button battery last year and spent six days on life support as a result. And she's not alone.

"Our little boy accidentally swallowed a button battery that came from the remote control to our DVD player. ... The battery physically burned through the esophagus and into the trachea," one mother said.

Dayton Children's Hospital posted this video to YouTube showing what the batteries can do to tissue after two hours. As you can see, the results can be devastating.

More than 3,400 kids reportedly swallowed button batteries in 2010, according to Children's Hospital of Philadelphia. It's estimated 80 kids have suffered permanent damage, and 15 children have died.

This video includes a clip from ULdialogue and images from SWNS, yoppy / CC BY 2.0 and Alex Gorzen / CC BY 2.0 SA.