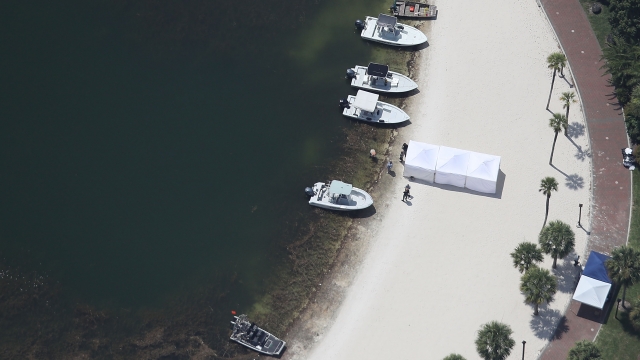 "As each day passes, the pain gets worse," a statement from the Graves family said.

Despite their pain, the parents of the boy who was attacked by an alligator and died last month won't sue Walt Disney World.

In a statement released Wednesday, Matt and Melissa Graves said their priority is focusing on their family's health after losing 2-year-old Lane.

"At about 3:30 today, we recovered the remains of the 2-year-old from the water," Orange County Sheriff Jerry Demings said June 15, one day after Graves went missing.

The family from Nebraska was enjoying a night on the beach of the Seven Seas Lagoon near Disney's Grand Floridian Resort. Lane had been standing in the water when an alligator snatched him.

There weren't any signs warning visitors about the alligators. However, Walt Disney World Resort posted signs after the incident.

Wildlife officials also caught and killed several alligators in the lagoon. They were then doing forensic work to make sure the responsible alligator is no longer a threat.

SEE MORE: The Alligator Attack At A Disney Resort Wasn't The First

The family also announced Wednesday they have started the Lane Thomas Foundation.

They said, "It is our hope that through the foundation we will be able to share with others the unimaginable love Lane etched in our hearts."

This video includes clips from WFTV, WKMG, WOFL and CNN and images from the Graves Family, Chad Sparkes / CC BY 2.0, The Graves Family via The Washington Post and Getty Images.