Parents Of Men Killed In Benghazi Are Suing Hillary Clinton 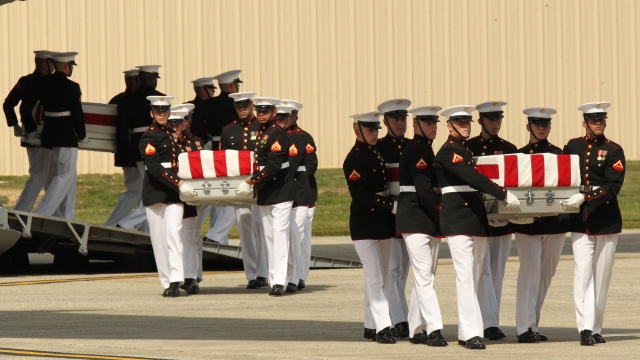 SMS
Parents Of Men Killed In Benghazi Are Suing Hillary Clinton
By Ryan Biek
By Ryan Biek
August 9, 2016
The Democratic presidential nominee is facing a wrongful death lawsuit stemming from her time as Secretary of State.
SHOW TRANSCRIPT

The parents of Sean Smith and Tyrone Woods claim Clinton's use of a private email server, instead of the official one provided to her as Secretary of State, was extremely careless and contributed to their sons' deaths in Libya.

The suit says, "As a direct result of ... Clinton's reckless handling of this classified, sensitive information, Islamic terrorists were able to obtain the whereabouts of Ambassador Christopher Stevens and thus the U.S. State Department."

Clinton is also being accused of defamation for allegedly calling the parents liars in speeches during her presidential run.

The lawyer representing the parents has founded multiple conservative watchdog groups. He said in a statement: "This time, [Clinton's] 'luck' has run out."

Last month, the director of the FBI said Clinton had been "extremely careless" in using a private server but recommended no charges be filed against her. He also found no concrete evidence that Clinton's server had been hacked.

As of early Tuesday morning, Clinton had yet to comment on the lawsuit. But a campaign spokesman said, "There have been nine different investigations into this attack and none found any evidence whatsoever of any wrongdoing on the part of Hillary Clinton."