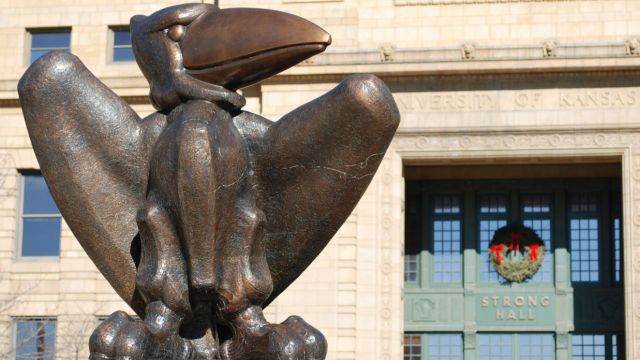 SMS
Parents Of Alleged Rape Victim File Class-Action Lawsuit Against KU
By Kaileen Gaul
By Kaileen Gaul
March 13, 2016
The parents of an alleged rape victim filed a lawsuit against the University of Kansas, claiming it was not honest about the safety of the dorms.
SHOW TRANSCRIPT

The parents of an alleged rape victim filed a lawsuit against the University of Kansas, claiming they were misled into believing the student housing was safe.

A former KU student says she was assaulted at Jayhawker Towers by a football player in the fall of 2014.  She withdrew from the university in January 2016.

Her parents claim KU lied about the student housing being safe and if they had known otherwise, they wouldn't have let their daughter attend the university.

The victim's mother said in a written statement, "In addition to the horrific assault of our daughter, we are concerned for the safety of all students at KU. We believe there are many more victims of on-campus crimes in the dorms."

In a statement to the Dallas Morning News, the university called the claims "baseless," saying the claims don't represent the safety of the campus accurately.

After she reported the attack, the victim told the paper she didn't feel welcome on the rowing team.

This video includes images from Getty Images and clips from The University of Kansas.