When HPV Vaccine Has Option To Opt Out, Parents More Likely To Opt In 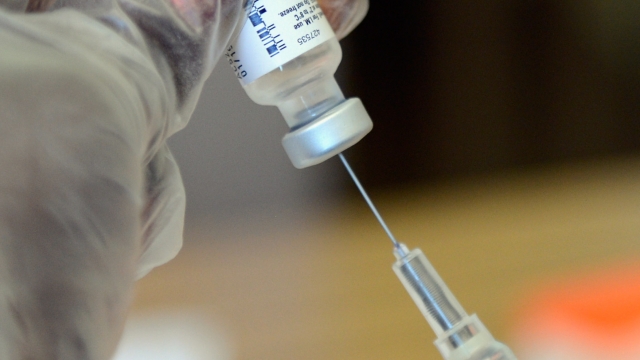 SMS
When HPV Vaccine Has Option To Opt Out, Parents More Likely To Opt In
By Lindsey Pulse
By Lindsey Pulse
August 20, 2016
The vaccine was invented to prevent cancer, but its use has been controversial.
SHOW TRANSCRIPT

Parents may be more comfortable with their kids having the HPV vaccine if there's an option to opt out of it.

A study found 54 percent of parents surveyed thought a required vaccine for school is a bad idea with only 21 percent supporting required HPV vaccinations.

The human papillomavirus vaccine has been shown to be safe and extremely effective. So what's the problem?

Doctors invented the vaccine specifically to fight cancer, but the shot has been controversial since it received approval a decade ago. Many parents still don't trust it; some believe the vaccine doesn't prevent cancer or leads to other health complications.

And it also comes down to politics. In 2011, Michele Bachmann spoke against a requirement saying, "innocent little 12-year-old girls" shouldn't be "forced to have a government injection." She also said the vaccine might cause cognitive disorders, something the American Academy of Pediatrics immediately denounced as false.

The concerns surrounding the HPV vaccine are similar to those between autism and childhood vaccinations — a so-called link the Centers for Disease Control and Prevention has studied nine times since 2003 and repeatedly said doesn't exist.

The issue with adding an opt-out is that it may make any requirement for the vaccine less effective.

The CDC recommends boys and girls between 11 and 12 years old get the vaccine. Right now, only Rhode Island, Virginia and the District of Columbia require it.