Parents In Shanghai Can Now Sue Their Kids For Not Visiting 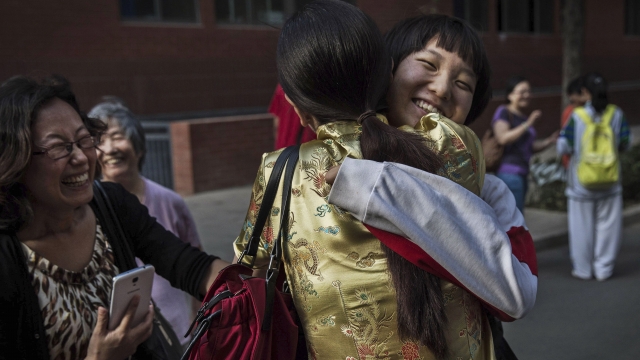 SMS
Parents In Shanghai Can Now Sue Their Kids For Not Visiting
By Melissa Prax
By Melissa Prax
April 14, 2016
And you thought your parents' guilt trip was bad.
SHOW TRANSCRIPT

Officials in Shanghai are about to make it legal for aging parents to sue their kids if they don't visit. But it doesn't say how often those visits should happen.

And if getting sued by your kin still isn't enough to make you visit, there are other consequences — like a lowered credit score.

City officials say the new regulations are meant to ensure older people in the city get enough support — including government services, benefits and family support.

Shanghai's legislation is inspired by a national law that focuses on the elderly population's well-being.

While the national law requires children to care for aging parents, it doesn't say what punishments will be handed down for failing to do so.

This video includes clips from Voice of America, CCTV and NTDTV, and images from Shanghai Civil Affairs Bureau and Getty Images.