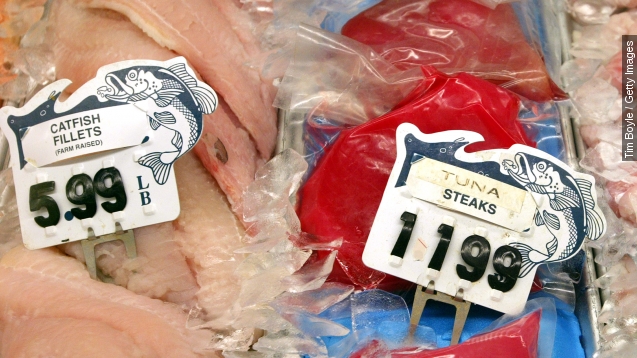 "She was screaming my name, and I thought something horrible had happened. I come rushing in, and she was like 'You need to look at these worms, these worms!'" Dustin Chafitz told KNXV.

For this Arizona couple, it was supposed to be a quiet night with a home-cooked meal. But, when Jen Chafitz found two parasitic worms crawling around the salmon she had just purchased, those plans went flying out the window.

And she's probably not the only one. Chafitz posted a warning message on Facebook. Her post had been shared thousands of times as of Tuesday morning.

Chafitz writes, "Pretty sure I just became a vegetarian."

Word about her experience also spread on local news stations.

"I was absolutely mortified and disgusted; I felt like things were crawling on me," Chafitz told KSAZ.

She bought the contaminated fish from the neighborhood Fry's grocery store. She immediately returned the package and asked for a refund.

A representative at Fry's told Newsy's partners at KNXV that they are contacting the distributor to ensure no other products were contaminated.

According to Seafood Health Facts, if you remove the parasite and cook the fish thoroughly, it is safe to consume. We're guessing the Chafitzes are thinking, "Better safe than sorry."