Paralympian Says She Will End Her Life One Day, But Not Now 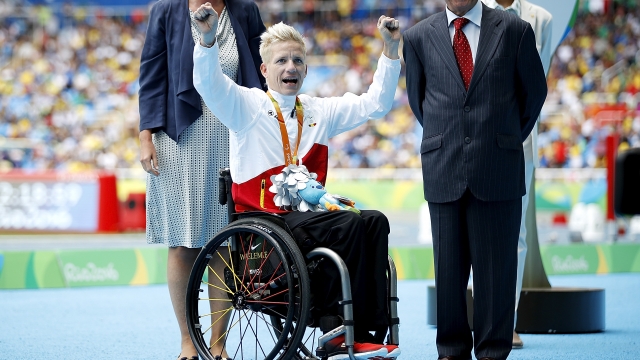 Marieke Vervoort will end her life one day, but not soon.

That's what the Belgian Paralympian told reporters after she won the silver medal in the T52 400m race Saturday.

"I'm still alive and still can enjoy every little, little moment in my life," she said at a press conference.

Prior to her race, some publications reported the 37-year-old was considering euthanasia after the Rio 2016 games.

Vervoort — who has lived with an incurable and degenerative condition for 22 years — said she signed her euthanasia papers in 2008.

"If I didn't have got papers, I think I did already suicide because it's very hard to live with so many pain and suffering and this unsureness," she explained.

These are Vervoort's final Paralympic games, but she still has much left to accomplish. She told the press she wants to share her story with the hope it will give people a better understanding of euthanasia.

According to The Guardian, Vervoort also has a bucket list to tackle. She wants to go skydiving, open a museum and fly in an F-16.