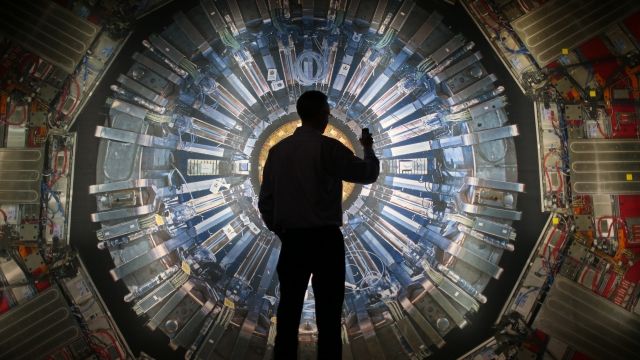 Physics can be hard, but luckily, there's an app for that.

Christoph Bartneck, a professor in New Zealand, says he got an email asking him to submit a paper to the International Conference on Atomic and Nuclear Physics. A subject he knows "practically" nothing about. He did it anyway.

And he did it using iOS' autocomplete text function.

The paper's title — which was also written entirely in autocomplete — is "Atomic Energy will have been made available to a single source." It was accepted almost immediately.

The paper reads just like any other physics paper — which is to say it doesn't make a whole lot of sense.

For instance, "The atoms of a better universe will have the right for the same as you are the way we shall have to be a great place for a great time to enjoy the day you are a wonderful person."

Bartneck topped the whole thing off by searching for "nuclear physics" on Wikipedia and using the first image to represent his paper.

The final line of the paper is "power is not a great place for a good time," which sounds like pretty good advice to us.

The conference invited Bartneck, who submitted the paper under the pseudonym Iris Pear, to be a guest speaker. But it asked for a $1,099 registration fee, so Bartneck decided to sit this one out.

He told The Guardian: "My university would certainly object to me wasting money this way. ... My impression is that this is not a particularly good conference."