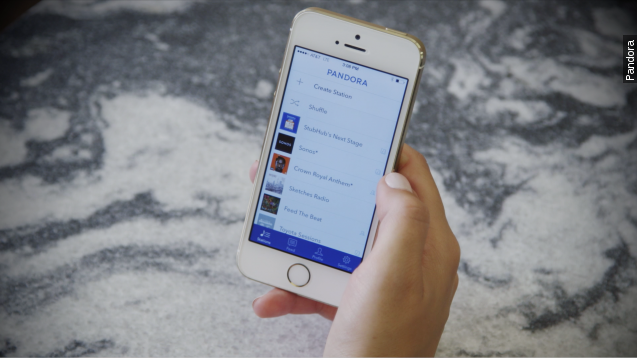 SMS
Pandora Buys Up Best Bits Of Rdio, Likely To Offer On-Demand Streaming
By Leah Becerra
By Leah Becerra
November 17, 2015
Pandora has had trouble competing with other music streaming services, but this acquisition will at least put it on a level playing field.
SHOW TRANSCRIPT

Pandora is no newbie to the online music streaming scene, but it has been struggling for years now. (Video via Pandora)

Competing services like Spotify and Apple Music, which allow subscribers to select specific songs for on demand-style listening, have performed far better.

So on Monday, Pandora basically said, "If you can't beat 'em, join 'em." The company acquired the technology and intellectual property of Rdio as that music-streaming startup entered bankruptcy. (Video via Pandora, Rdio)

This doesn't mean Rdio is being purchased; the actual service is expected to close up shop after entering bankruptcy protection. But some of its pieces will likely live on through Pandora.

Like the ability to play a particular song or listen to "stations" while offline, which were really the only abilities that Pandora subscribers were missing out on. (Video via Rdio)

On a conference call, Pandora said late 2016 is its best estimate for when users will see the new features.

Right now, Pandora charges a mere $4.99 a month for its ad-free listening experience. Once the on-demand features go live, it's not clear if that price will go up or if the company will make a new, more expensive tier to choose from. (Video via Pandora)