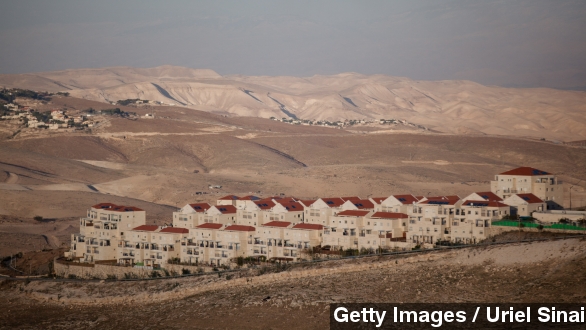 A confrontation with Israeli security forces at a protest in the West Bank has left a prominent Palestinian Authority minister dead.

Witnesses say soldiers with the Israel Defense Forces hit Minister Ziad Abu Ein during the protest, and he inhaled large amounts of tear gas before dying in the ambulance on the way to a hospital in the city of Ramallah. (Video via RT)

Abu Ein had been in charge of the PA's commission on Israeli settlements in the West Bank, which most in the international community consider illegal. Haaretz reports that, before he died, he was protesting an Israeli outpost in the West Bank.

Israeli settlements in the West Bank have been one of the main sticking points in peace talks between Israel and the Palestinian Authority, as Israel maintains the settlements are legal. (Video via VICE)

The protest reportedly consisted of planting olive trees, which protesters said the Israeli settlements had uprooted. It's not clear how the confrontation with the IDF began. (Video via The Washington Post)

Abu Ein's death comes on the tail end of a violent few months in the region, started by a dispute over the Al-Aqsa Mosque in Jerusalem.

Less than a month ago, IDF forces killed a Palestinian man who was reportedly armed, and severely wounded another during a riot in Hebron.

That was followed by a brutal attack in Jerusalem, when Palestinian men armed with meat cleavers and a gun killed four people at a synagogue, before police shot and killed them. (Video via BBC)

Palestinian Authority President Mahmoud Abbas condemned Abu Ein's death as a brutal assault. The IDF tweeted to say it is investigating the incident.