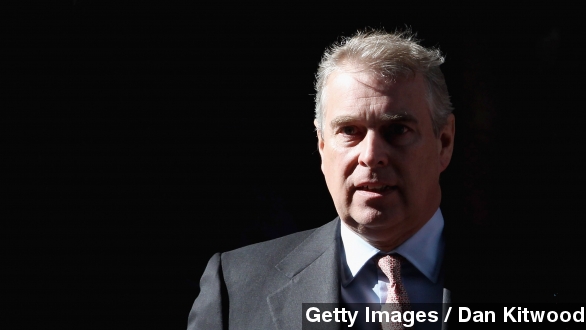 Duke of York Prince Andrew is unwillingly back in the spotlight this week after a court filing in Florida directly accused the royal of having sex with a minor back in the early 2000s.

The accusations stem from the prince's friendship with Jeffrey Epstein, an American financier who was convicted in 2008 of soliciting sex from a minor. Two women have filed a long-running lawsuit against Epstein claiming he repeatedly sexually abused them and "loaned them out" to his friends and associates.

This week, two more women filed a motion to join the suit against Epstein. One of them, Jane Doe #3, names Prince Andrew as one of the men Epstein forced her to have sex with.

The filing reads in part, "Epstein instructed Jane Doe #3 that she was to give the Prince whatever he demanded and required Jane Doe #3 to report back to him on the details of the sexual abuse."

The filing prompted a rare response from Buckingham Palace, which told the press, "for the avoidance of doubt, any suggestion of impropriety with underage minors is categorically untrue."

Prince Andrew's ties to Epstein have gotten him in trouble before — in 2011, the prince was forced to publicly distance himself from Epstein and resign from his role as a trade envoy for the U.K.

The filing also names some other alleged abusers, including law professor Alan Dershowitz, who told Politico the claims were "totally made up and totally fabricated from beginning to end," and threatened to take legal action against his accusers.

But in an interview with The Guardian, Jane Doe #3 stood by her claims, saying "These types of aggressive attacks on me are exactly the reason why sexual abuse victims typically remain silent and the reason why I did for a long time. ... I'm not going to be bullied back into silence."

The royal is not a named party in the suit, which is directed at federal prosecutors for not pushing forward with the initial accusations. He has yet to personally respond to the allegations.