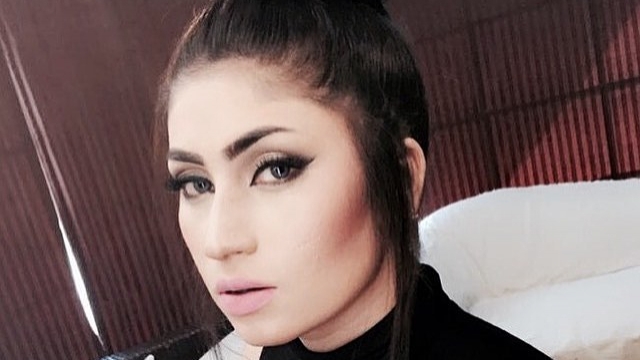 Police say a Pakistani social media celebrity and model was killed by her brother in what they deem as an "honor killing."

Qandeel Baloch first rose to fame in 2014 and is often called "Pakistan's Kim Kardashian." She identified as a "modern day feminist" and was known for posting sometimes racy photos and videos that caused anger in the predominately Muslim country.

In a Facebook post earlier this month, Baloch said she was trying to change the "typical orthodox mindset."

She wrote: "Thank you my believers and supporters for understanding the message i try to convey through my bold posts and videos. It's time to bring a change because the world is changing. let's open our minds and live in present."

Police say Baloch was strangled to death by her brother over "honour." Family members told The Express Tribune that her brother was threatening her over photos she posted to social media and that he wanted her to quit modeling. Her parents have also been detained by police.

Baloch had reportedly moved to Punjab, Pakistan, from Karachi because she feared for her safety after receiving death threats.

Pakistan's Human Rights Commission says last year more than 1,000 women in the country were victims of an honor crime.

The Commission report said the most common motivations for killings are "domestic disputes, alleged illicit relations and exercising the right of choice in marriage."

This video includes clips from BBC and Arirang News and images from Instagram / qandeelbalochofficial.