Ozzy Osbourne Speaks Out After Split From Sharon: 'I Have Been Sober' 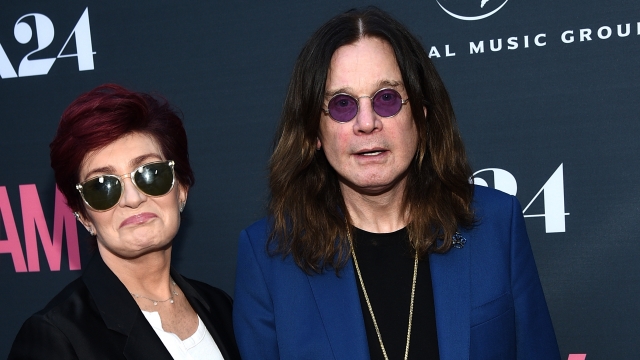 SMS
Ozzy Osbourne Speaks Out After Split From Sharon: 'I Have Been Sober'
By Briana Koeneman
By Briana Koeneman
May 10, 2016
He said in a statement to E!, "I have been sober for three and a quarter years. ... Any reports that I am not sober are completely inaccurate."
SHOW TRANSCRIPT

Ozzy Osbourne has spoken out for the first time since news broke that he and his wife, Sharon, are separating after 33 years of marriage.

The rock star said in a statement to E! on Monday, "I have been sober for three and a quarter years. I have not touched drugs or alcohol in that time. Any reports that I am not sober are completely inaccurate."

Ozzy's comments come just a few days after several reports claimed he had relapsed into drug and alcohol abuse, and that's ultimately why Sharon decided to leave him.

Back in 2013, many speculated the couple was headed for divorce after Ozzy admitted to relapsing. But the singer reportedly saved his marriage by attending daily AA meetings. And, as he stressed in his statement Monday, he's been sober ever since.

Over the weekend, a spokesperson for both Ozzy and Sharon confirmed to Rolling Stone that Ozzy is "not in the marital home," but other details surrounding the split are still unclear.

The couple have three adult children together: daughters Aimee and Kelly and son Jack.

This video includes clips from Facebook / Ozzy Osbourne and MTV / "The Osbournes," and images from Getty Images.