Owning A Cat Can Tell Others A LOT About You 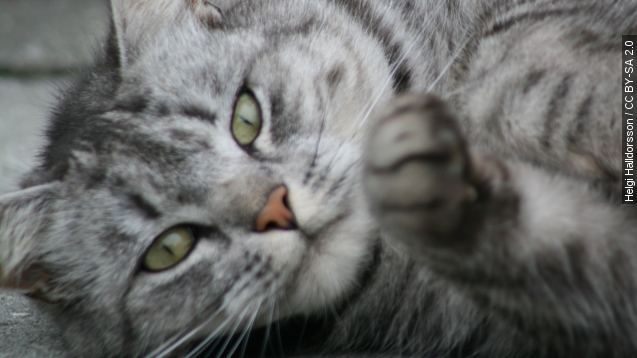 SMS
Owning A Cat Can Tell Others A LOT About You
By Eugene Daniels
By Eugene Daniels
October 28, 2015
What does owning a cat say about you? Thanks to modern science, we've got more answers than we know what to do with.
SHOW TRANSCRIPT

Oh, cats. They're seen as possibly the meanest of all household pets.

So what does owning one actually say about you? Well, when it comes to your personality, health and dating life — a lot. Thank you, science!

To start off, studies have found cat owners are usually introverted, especially when compared to people who have dogs. They also tend to be more concerned with expedience than following the rules. So maybe that whole villain- with-a-cat thing is accurate. (Video via New Line Cinema / "Austin Powers: International Man of Mystery")

And a stat sure to tick off a chunk of the population: Folks who prefer felines are also more intelligent. Bear with us, dog owners.

One researcher said, "It makes sense that a dog person is going to be more lively because they're going to want to be out there ... talking to people. ... If you're more introverted ... maybe you're more at home reading a book, and your cat doesn't need to go outside for a walk."

And most vets agree that having any pet is good for your health. But at least one study found owning a cat has fewer health benefits. Cat owners tend to have higher body mass index and overall worse general health.

And it kind of makes sense. Dog owners, for the most part, walk their dogs regularly, while cat owners don't get out as much.

As for your dating life –– one study found cat owners are one-third more likely to live alone and twice as likely to live in an apartment. So it looks like the single cat lady (or man) thing is actually a thing. Sorry, folks.