Out With 'Columbus Day,' In With 'Indigenous Peoples Day' 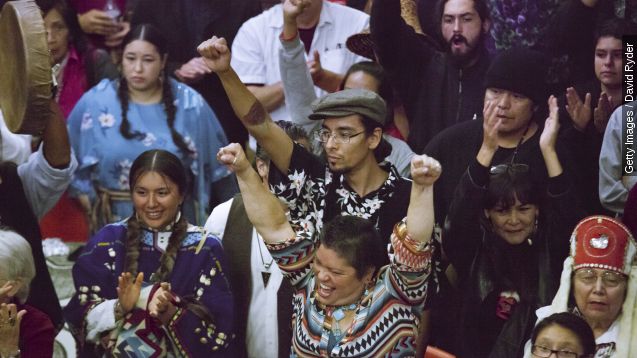 It seems many places in America are over Christopher Columbus. Native American groups and others are continuing their push to change "Columbus Day" to "Indigenous Peoples Day."

And their efforts are being noticed. Last year, city officials in Seattle changed the name of Columbus Day to Indigenous Peoples Day. This year, several other cities followed suit.

Some estimate up to 95 percent of the native population in the Americas were wiped out following Columbus' discovery and the European invasion that followed.

A member of the National Congress of American Indians told U.S. News and World Report, "Recognizing this day not only provides us with a platform to raise awareness, but it also commemorates a history of survival and perserverance."

But we're guessing the name change probably won't happen on a national level any time soon. A petition to the White House to rename the holiday only gained about 9,000 signatures.