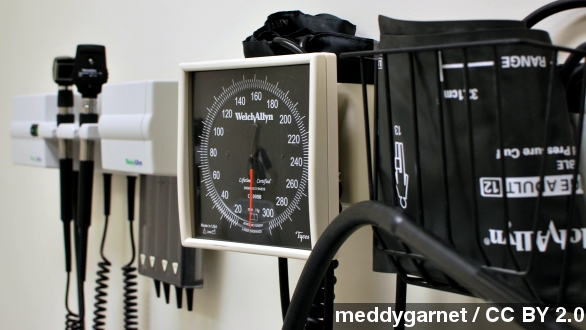 Good news! Annual increases in health care premiums have slowed way down since 2010.

Bad news: Overall health care costs continue to eat up an ever-larger chunk of your money.

The Commonwealth Fund released its analysis of employer-provided health care plans Thursday, including a state-by-state map showing what happened to premiums and deductibles.

So yes, the growth has slowed down since the passage of the Affordable Care Act, as The White House had hoped.

But premiums still increased three times faster than wages. And in seven states including Nevada, New Mexico and Texas, the average premium in 2013 was at least — get ready for it — 25 percent of median income. The report's authors wrote, "Workers are paying more but getting less protective benefits."

And they also predicted more government help may be necessary with recent forecasts showing private insurance growth rates will pick back up in 2015.

This video includes images from Getty Images and meddygarnet / CC BY 2.0.

This video includes images from Getty Images and meddygarnet / CC BY 2.0.