Our Favorite Fails Of The Screen Actors Guild Awards 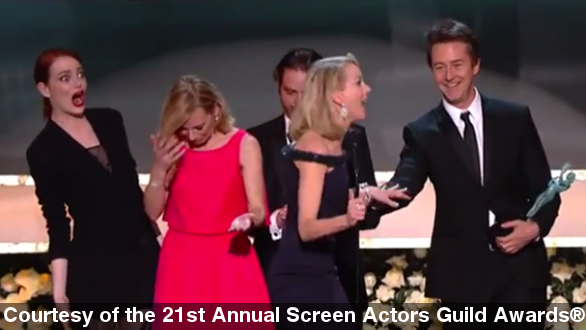 SMS
Our Favorite Fails Of The Screen Actors Guild Awards
By Lauren Zima
By Lauren Zima
January 26, 2015
Sunday night's SAG awards were fun to watch, but like every live show, had their moments. Here are our favorite flubs.
SHOW TRANSCRIPT

What’s an A-lister awards show without some serious flubs? These are our fav fails from Sunday night’s SAG awards. From an unintentional applause track...

We’ll end on this. Because it would’ve been a fail if Zach Galifianakis hadn’t saved it so beautifully.

Those were our favorite Screen Actors Guild award fails, flubs — whatever you want to call them, we loved watching them.