Our Extraterrestrial Neighbors Might've Already Had An AI Revolution 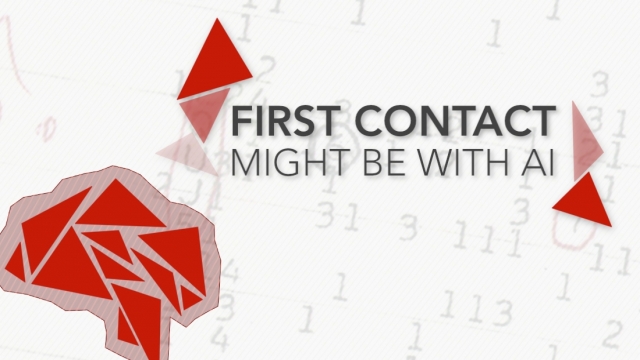 Nobody can say for sure whether there's intelligent life elsewhere in the universe. We just don't have enough evidence yet.

Earthlings are already worrying about the digital singularity, or that moment when our efforts to create artificial intelligence suddenly work and the machines leave us in the intellectual dust.

Some researchers suggest any extraterrestrial intelligences we find will have already experienced their own version of the AI revolution.

The timespan between radio and AI is very short, on a cosmic scale. Scientists and futurists present scenarios in which a couple centuries after the development of radio, the artificial version of a civilization's intelligence is calling the shots.

It's happening here. We humans have been using radio for less than 200 years, and we're already poking around with machine learning and brain digitization.

This is part of why the search for extraterrestrial intelligence prioritizes radio signals. Given the distances involved, odds are good any alien civilization would have been playing with radio for at least decades before we spotted their chatter.

And if we're looking for extraterrestrial AI, that might also change where we look.

Instead of scouring the habitable zones around stars for signs of life, we might consider looking at the universe's dense energy sources — right up next to the stars, or black holes, or at the galactic core. If intelligence has progressed past the need for a biological container, an atmosphere or liquid oceans are less important.

Of course, finding evidence of alien AI assumes we can even recognize the intelligence at all. Futurist Ray Kurzweil and others suggest because of the exponential improvement of technology, any civilizations advanced enough to expand into the universe could be communicating in ways we simply can't comprehend yet.

To them, it's likely we'd be irrelevant — like ants or benign bacteria. They're either going to ignore us or wait until we're able to recognize them to say hello.

In the meantime, we'll keep making progress toward our own singularity. Who knows — maybe by the time we make first contact, our own AI will be the ones doing the exploring.