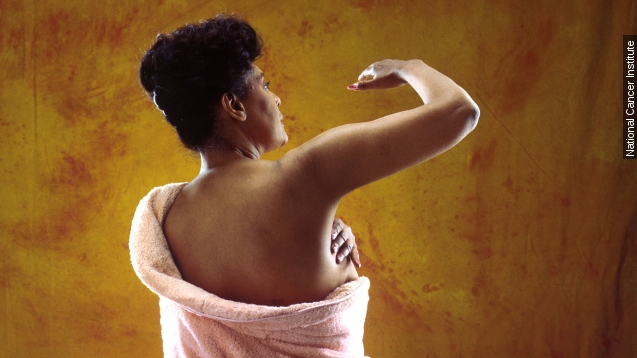 SMS
Osteoporosis Drug Brings New Hope To Breast Cancer Treatment
By Jasmine Bailey
By Jasmine Bailey
May 28, 2015
According to findings from the University of Sheffield, using bisphosphonates — drugs for osteoporosis — could also help stop the spread of cancer.
SHOW TRANSCRIPT

Findings from researchers at England's University of Sheffield were published Wednesday that could be a serious game changer when it comes to treatment for the spread of breast cancer.

Like most cancers, breast cancer has the ability to spread throughout the body, making treatment all the more difficult and slimming chances of survival. One of the places it can spread is to the bones. And that is where this study comes into play — hopefully helping to stop cancer from spreading, especially to bones.

According to findings published in the journal Nature, the spread "of breast cancer to the bone affects approximately 85% of patients with advanced disease and renders them largely untreatable."

The big takeaway here has to do with an enzyme called lysyl oxidase, or LOX. That enzyme is secreted from cancerous cells in the breasts and can cause the breakdown of bone, making the body more susceptible for cancer to spread.

The researchers say the findings add "weight to the growing body of evidence supporting the role of bisphosphonates in stopping secondary breast cancer in its tracks." (Video via The University of Sheffield)

Bisphosphonates are a class of drug typically used to treat osteoporosis, or to slow the harsh impact chemotherapy can have on bones. (Video via Rexall)

A doctor not affiliated with the University of Sheffield said this: "Certainly a lot of the treatments we use for breast cancer do cause bone loss and the bisphosphonates are used to prevent that or to improve bone density," Dr. Sharon Giordano explained.

Using bisphosphonates to not only strengthen bone but also prevent the spread of cancer is a method researchers in the University of Sheffield study found worked in animal tests.

According to Katherine Woods, from Breast Cancer Campaign and Breakthrough Breast Cancer, "The reality of living with secondary breast cancer in the bone is a stark one, which leaves many women with bone pain and fractures that need extensive surgery just when they need to be making the most of the time they have left with friends and family."

According to Woods, the spread of breast cancer to other areas of the body kills about 1,000 a month in the U.K.

This video includes images from Getty Images and BruceBlaus / CC BY 3.0.