Oscar Pistorius To Go From Prison To House Arrest 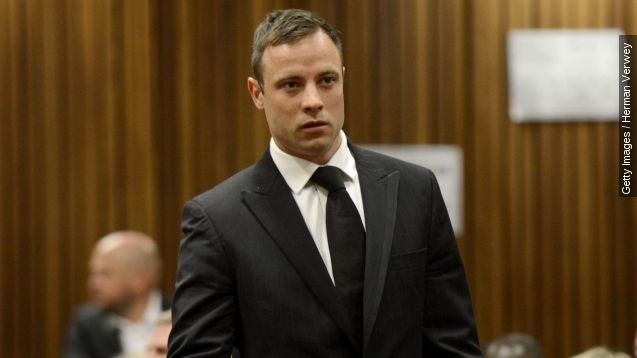 SMS
Oscar Pistorius To Go From Prison To House Arrest
By Matt Moreno
By Matt Moreno
October 15, 2015
The Paralympian convicted of culpable homicide, or manslaughter, in the death of his girlfriend Reeva Steenkamp will be under house arrest Oct. 20.
SHOW TRANSCRIPT

Oscar Pistorius will be released from prison Oct. 20.

Pistorius will go from prison to house arrest.

In September 2014, Pistorius was found guilty of culpable homicide: essentially the unintentional, unlawful killing of a person.

He says he thought she was an intruder.

Chief prosecutor Gerrie Nel asked, "What did you think at the time, Mr. Pistorius?"

"That's the moment that everything changed. I thought that there was a burglar that was gaining entry into my home," Pistorius said.

The Paralympian was supposed to be released for house arrest in August, but the decision was appealed.

He has served just one year of his five-year sentence. (Video via China Central Television)

Pistorius will reportedly serve the rest of his sentence at his uncle's house outside of Pretoria, South Africa.