Oscar Pistorius Could Go Back To Jail For Murder 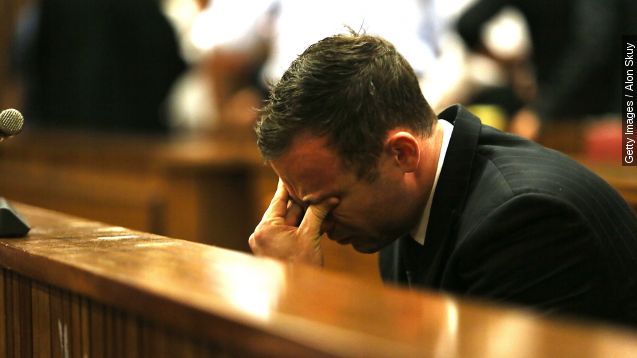 Paralympian runner Oscar Pistorius is out of jail and on house arrest for the killing of Reeva Steenkamp, but his legal troubles are far from over.

"The accused is found not guilty and is discharged. Instead, he is found guilty of culpable homicide," said Judge Thokozile Masipa.

Judge Masipa found Pistorius guilty of homicide in 2014, and he served less than a year behind bars.

"The court should have rejected his evidence because he was a poor witness. Then all that remains is objective facts. Under objective facts, the accused cannot escape the conviction of murder," Nel told the court Tuesday.

The Guardian sums up the prosecution's argument: "The state must argue not on points of fact, but on points of law — that the high court in its original verdict misapplied or misinterpreted legal principles." (Video via CCTV)

Culpable homicide is a lesser charge than murder, with the main difference being negligence. Pistorius claims he mistook Steenkamp, his then-girlfriend, for an intruder and shot her through the bathroom door.

"Before I knew it, I had fired four shots," Pistorius said in 2014 when describing the night of the shooting.

If the higher court does overturn the ruling, the 28-year-old could be sentenced to up to 15 years in jail.